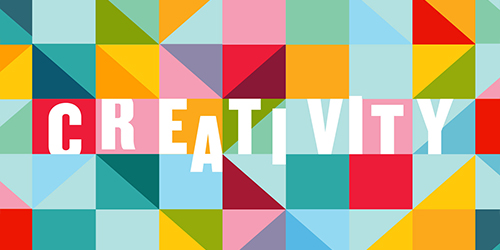 It is well accepted that creativity in the workplace — more commercially referred to as “innovation” — has significant benefits to the economic health of an organization. New products, services, and improvements, driven by human creativity, typically yield improved bottom lines.

However, what may be overshadowed by the tangible benefits of profit is the significant benefit creativity has on employee morale and retention. Making it possible for employees to create and contribute in creative ways taps into the highest level of human fulfillment and results in maximum satisfaction.

Why Are Employees Motivated by Creativity?

In the middle of the last century, psychologist Abraham Maslow published his hierarchy of needs model designed to explain and anticipate human behavior. At the bottom of the hierarchy were more basic needs such as food, shelter and safety. As each level of need was fulfilled, a person would then be motivated to attain the next level of needs such as love and self-esteem.

Crowning the top of the hierarchy was complete self-fulfillment where an individual was able to be his or her most creative and express their inner-talent (more non-secularly referred to as “God-given talent”). This top level was the terminal point of satisfaction and fulfillment, a heady place to be and the most satisfyingly productive.

While the concept may sound grandiose and altruistic, the practical message is simple and achievable: Allow people to be creative and you will find they are not only fulfilled, but also expressing their highest order capabilities. Put people to work on inventing new products or creatively solving a problem and you’ve provided the ultimate in both motivation and satisfaction.


Allow people to be creative and you will find they are not only fulfilled, but also expressing their highest order capabilities.

Creativity is therefore the trifecta of the workplace: motivation, satisfaction, and positive impact on the bottom line.

A more recent, but equally respected, explanation of the role of creativity in human motivation and satisfaction was developed by Chilean economist, Manfred Max-Neef. Max-Neef’s theory postulates that creative expression is not something which is sought only after meeting more basic, survival needs. Instead, creativity is one of several equilateral need states — ranked equally with more fundamental needs such as food and shelter.

The importance of this thought is that creativity is fundamental, a basic need which can’t be ignored or differed. Reinforcement of the validity of Max-Neef’s theory is the notion of the starving artist. Long a commonly understood fact, the “starving artist” will literally choose the expression of his or her creativity instead of better food and shelter. It can also be said that the model underpins the pleas for support of the arts not only in good economic times and better neighborhoods, but also in poorer economic times and environs.

Does your organization need want to improve creativity? Contact us to learn more.

This post originally appeared on the Mitchell Innovation blog.

About the Instructor: Mike Mitchell 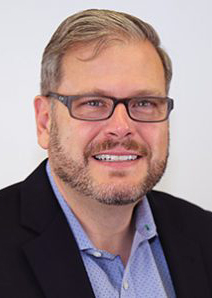 Mike combines over 35 years of business experience with a passion for developing executives and organizations. He integrates theory with real-world application and brings relevance to every client assignment. Having held senior-level positions in large corporations, Mike understands the reality of organizational life and leader challenges. Industry experience is expansive and includes: CPG, Manufacturing, Creative Services/Advertising, Consumer Durables, Technology, Agriculture, Medical, Insurance, Finance, Utilities, and Retail among others.